Winners of the DevService Hackathon Announced 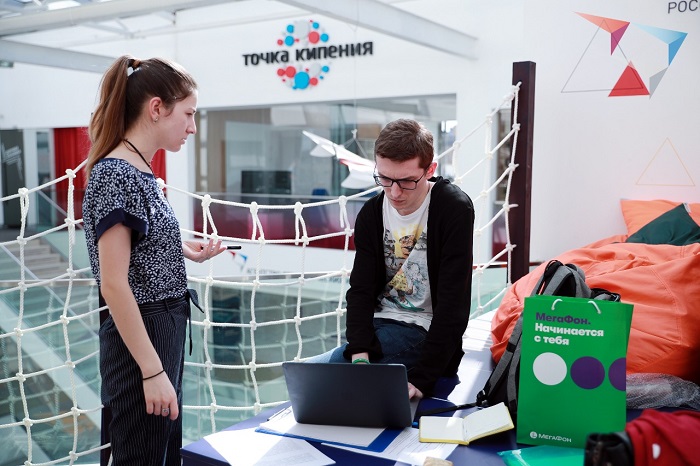 The Agency for Strategic Initiatives (ASI) and the INNOSOCIUM Foundation for the Promotion of Social Development, with the support of the Roscongress Foundation, held the DevService Hackathon on 24–25 August in order to further develop the Unified Platform for Young Entrepreneurs.

Both teams and individual participants aged 16 to 30 years were allowed to participate in the Hackathon. More than 200 teams from 18 Russian cities made it to the finals. They were invited to the ‘Boiling Point’ shared working environment in order to put the finishing touches on their projects over the course of the day. The work was evaluated according to three criteria: the novelty of the idea, creativity, compliance with the law, and ease of use (including the speed of the service).

Second place was shared by the Karasiki team from Blagoveshchensk with the project ‘Platform for aspiring entrepreneurs’ and the Novosibirsk team knn meisters, which presented the project ‘Service for finding part-time work for minors’.

Third place went to the xnoobs team, which includes members from Vladivostok and Moscow, won third place with the project ‘Platform for finding and arranging meetings with investors’, the z-team (Krasnodar and Saratov with the project ‘Crowdfunding platform with built-in mechanisms to protect intellectual property’), and the Upravlyay team from Chelyabinsk with its project ‘Gaming solution for engaging in entrepreneurial activity’.

The z-team team members were: Vadim Voronin and Yelizaveta Dalonni.

«This Hackathon will provide a serious impetus to promoting entrepreneurship among young people. We see that teams of active young people across the country are interested in working in this area. I am certain that this is only the beginning, and we will support all such youth initiatives», ASI General Director Svetlana Chupsheva said.

The Hackathon was a logical continuation of the work that was initiated as part of the Innosocium Laboratory at SPIEF 2019.

«The Hackathon is an optimal solution that helps to involve young people who are organically engaged and understand what they need to achieve their goals in the development of the Unified Platform. It was a wonderful revelation for us that today our social agenda has such an impressive number of professional creative young teams around the country! Among the winners, we see projects that are not only functional, but are also intuitive to the user. Of course, there is still a lot of work to do, but we are already very pleased with the result», Roscongress Foundation Deputy CEO and INNOSOCIUM Foundation Director Elena Marinina said.

The Hackathon winners will be able to put the finishing touches on their projects together with experts and present them to potential partners and investors.