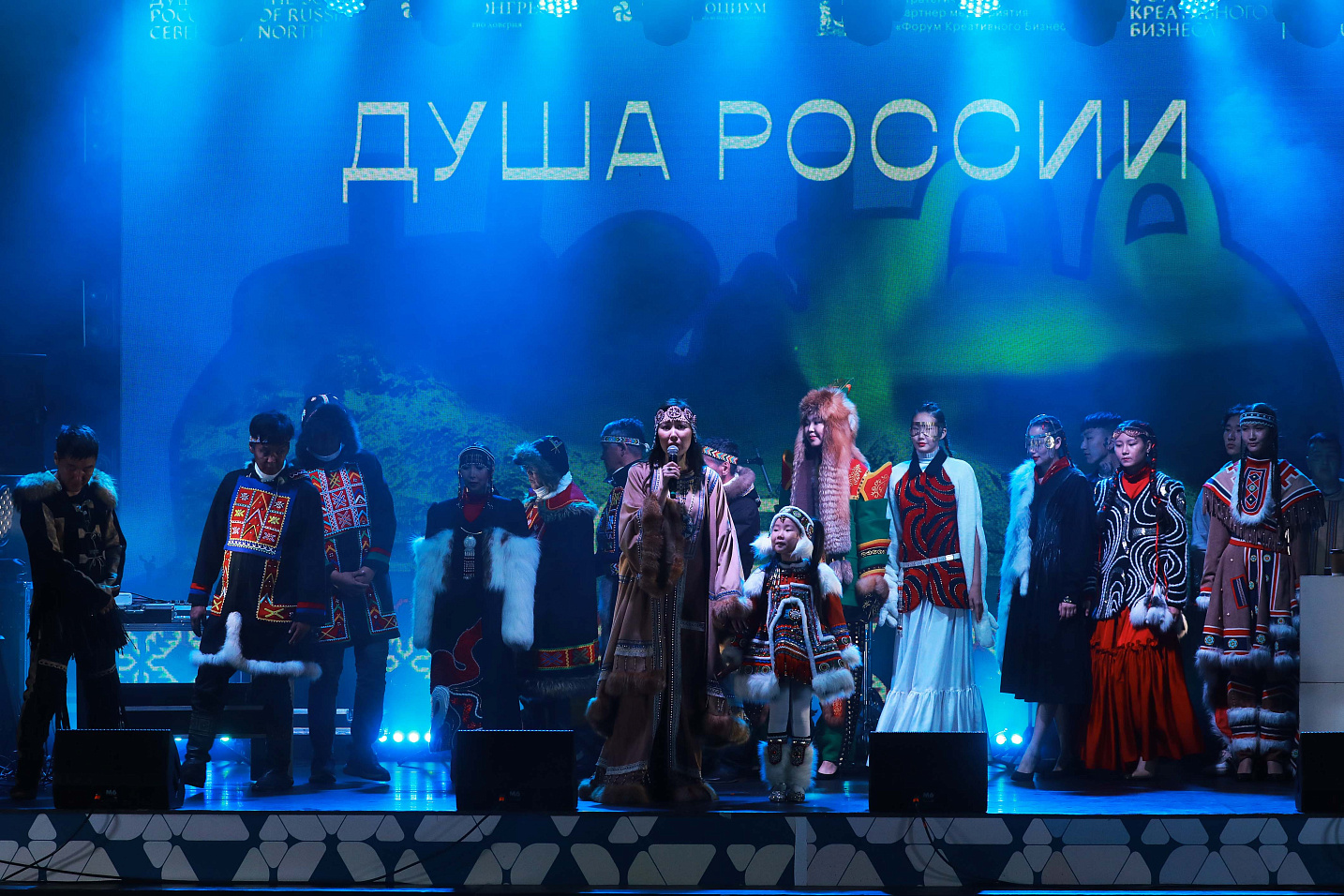 The sustainable development of Russia’s northern Indigenous peoples will be discussed in 2023 at the Roscongress Foundation’s leading platforms, including the St. Petersburg International Economic Forum (SPIEF), the Eastern Economic Forum (EEF), and other multilateral events. In particular, the festival ‘Soul of Russia. The North’ is expected to be held as part of these forums.

«The Roscongress Foundation is actively taking advantage of the opportunities offered by the leading forum platforms to engage in a productive dialogue and build relationships between the Indigenous peoples of the north and entrepreneurs in the creative industries. Their mutually beneficial cooperation helps to create a sustainable system for the intensive development of the economy of the northern territories. The practical productivity of this theme will have a positive impact both on a number of different sectors of creative entrepreneurship and on the effectiveness of measures to preserve the culture and traditional way of life of Indigenous peoples,» said Anton Kobyakov, Adviser to the Russian President and Executive Secretary of the Organizing Committee for Russia’s chairmanship in the Arctic Council in 2021–2023.

Events dedicated to the synergy of interests of the creative industries and the Indigenous peoples of the North were held for the first time during the Creative Business Forum (CBF) on the sidelines of the SPIEF 2022. In addition, Oleg Zotov’s photo exhibition ‘The Heart of Yugra’ was organized for the first time as part of the SPIEF cultural programme based on an initiative from the Roscongress Foundation and in collaboration with photographers as well as cultural and art figures. This exhibition opened at the All-Russian Exhibition Centre in Moscow on 28 September. The author showcases 40 different works to tell people about the history, culture, and modern image of Indigenous peoples.

The format of the CBF business and cultural programme at the EEF 2022, which included thematic sessions, activities on the youth multimedia and discussion campus, and the ‘Soul of Russia. The North’ Audiovisual Culture Festival, also proved to be a success. In addition, the House of Indigenous Peoples pavilion, a new site dedicated to the culture of Indigenous peoples, opened as part of the Far East Street exhibition.

«The Russian Federation is constantly focusing on problematic issues with the development of creative industries in the northern territories. Thanks to the initiatives that are actively being discussed at the major forum platforms, projects have been launched to develop creative industries in the Arctic, preserve the cultural heritage of Indigenous peoples, and maintain their traditional crafts and way of life,» said Nikolay Korchunov, Ambassador-at-Large of the Russian Ministry of Foreign Affairs and Chair of the Arctic Senior Officials.