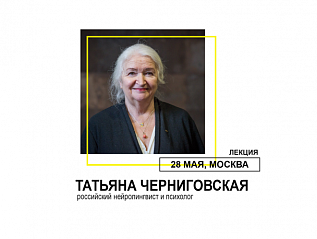 On 28 May 2019, the first student meeting will be held at the Civic Chamber of the Russian Federation as part of the Lectorium Innosocium project: Online Education — for and against. The event is organised by the Social Platform of the Roscongress Foundation in support of the Innosocium National Social Projects Contest.

Digital technologies are now an integral part of the education system. Making education more accessible, they remove both geographical and political obstacles. However, do these technologies have any drawbacks?

«This is the first Lectorium Innosocium meeting, the beginning of our great project, created to identify and help solve a range of issues related to innovative education in our country. We are pleased that our initiative has garnered such a response and is being so well supported by the scientific and expert community. This is just the first meeting, but we, without exaggeration, have brought together a veritable star team of professionals. We believe that the participation of such distinguished speakers will attract a wide audience across the country, and our project will become a popular platform for lively and constructive discussions,» said Elena Marinina, Deputy CEO, Roscongress Foundation, Director for the Socio-Economic Agenda, Innosocium Foundation Director.

Students from the country’s regional universities will also take part in the meeting, which will be broadcast online. The first meeting will include an online quiz for students, with the winners receiving awards from the contest and event partners.

The Innosocium National Social Projects Contest is being held with the support of the Ministry of Science and Higher Education of the Russian Federation and in partnership with the Art, Science, and Sport Charitable Foundation. The partners of the Lectorium Innosocium meeting are Skyeng, Tele2 and Illan.

We look forward to welcoming participants at the Civic Chamber of the Russian Federation, 7/1, Miusskaya Ploshchad, Moscow, on 28 May 2019.

Be the first to see our news!